"My friends thought I was nuts opening a restaurant in Hawaii on the 3rd floor of an office building with no parking and no ocean view.” (AW)

Yet since 1995, the unique location of Alan Wong’s Honolulu continues to be the heart of where it all started and where it all happens. The flagship restaurant is a culinary studio experimenting with new flavors and new ideas. Dishes are tested and born; brainstorming sessions give rise to innovative methods and partnerships; the next generation is coached and developed to be the best they can be; it is the center point from which AWR is able to explore, learn and serve. As Chef Alan Wong ceaselessly raises the bar for creativity, innovation, quality, and service, your experience here will truly reflect Hawaii Regional Cuisine (HRC) at its finest – a menu inspired by the diverse ethnic cultures found in Hawaii and the freshly farmed ingredients from our islands. We invite you to join us, and Taste Hawaii!

Notable and Most Recent Accolades 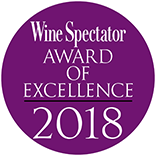 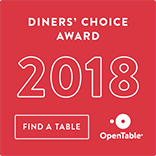 A unique beverage experience unlike any other!